Ulysses Simpson Grant had been an important figure in the American Civil War. He became 18th president in 1868, serving two terms. In 1877 he visited Scotland as part of a more extended tour, aimed at gaining the Republican nomination in 1880.

He travelled with his wife and (for part of the jaunt) his son Jesse. His visit started on 29th August, inevitably in Edinburgh, with jaunts to places such as Leith and Melrose (including Abbotsford). He then took a train trip to the north, partly making use of the private carriage of the Duke of Sutherland, who the party visited at Dunrobin; they even got as far as Thurso.  They left Inverness on the morning of 10th September and arrived in Stirling in the evening.

There was a good crowd to welcome them at the station - including Provost Christie, that most- characteristically Victorian of local worthies. At the Golden Lion, where they were to stay, there was an 'official welcome' and presentations. And the next morning, after a lightening trip to the castle, Bannockburn and the Wallace Monument, it was 1pm and time to leave for Glasgow.

In Glasgow Grant  and his wife spent three days and then off to Ayr where, after the inevitable civic reception, the various sites associated with Burns were all visited. Back to Glasgow the next day and then a 'long weekend' visiting Loch Lomond, Inveraray and Arran (using the Duke of Argyll's private yacht).  On Wednesday 18th September they passed through Stirling again on the way back to Edinburgh and so, back to England.

So, with three weeks to 'do' Scotland, it all sounds rather exhausting to me - even with private trains and someone else to deal with the luggage! They are ticking off the 'must-see' sites and it is all reported in the press (including in the Stirling Observer for 11 September). And, remember, this was just one small leg of a three-year, world trip, much of it conducted at the same frenetic pace.

The details of Grant's visit to Scotland have been described in a recent article by Les Jenkins in Scottish Local History, issue 87, pp.41-44 which includes details for the visits to other locations and background information about Grant.

We would welcome other accounts of visitors to Stirling for inclusion in this occasional series. 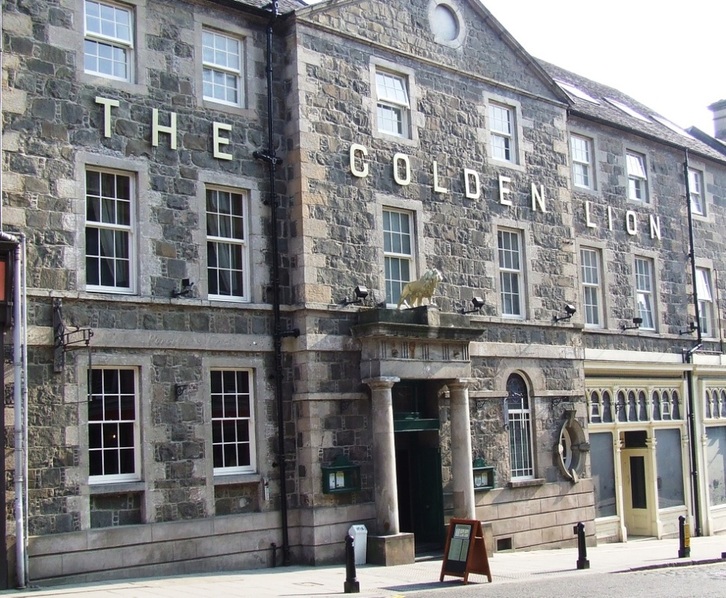