It is unclear where the earliest Stirling schools were located. There are records of an old school in St Mary’s Wynd, probably ruinous already, in the late fifteenth century. By the sixteenth century the main school was on the Castle Wynd – but that was just ‘the grammar school’ where Latin was taught. Over the following centuries, the Scots School (sometimes called the
English School) was elsewhere and had different staff; other subjects were scattered about the town. It seems that boys who required a wide education needed to attend several different schools.

On 1st December 1694 the Council approved the idea of a schoolmistress, who was to be a gentlewoman and teach the daughters of burgesses. Later records might imply that all she taught was sewing but she also taught young boys so her curriculum must have been a little wider than that! Indeed, even before that time, many burgess wives and daughters were
fully literate, so somebody was teaching them something.

The Grammar School was rebuilt in 1788 and still stands, in new guise, as the Portcullis Hotel. It must have been much more spacious than its predecessors, a recognition that education was changing, with more emphasis on technical and practical subjects – though Stirling’s schoolmasters’ main claim to fame would remain the Classics for a long time to come.

By 1854 there were a great many schools in the town, some teaching only the most basic literacy to the poorest pupils, others with more academic ambitions. The foundation stone of the new High School was laid 3rd Aug 1854, with the new school opening in 1856. This incorporated many departments into a single institution–mathematics, English, Classics and so on. Whilst it was still a fee-paying school, it was adopted by the School Board under the Education Act of 1873. Still, in 1888, girls at the High School were offered the chance of taking sewing instead of Latin – but at least they got the chance to do Latin if they and their parents wished – and could pay.

For over a century, the school was able to cope on this site though the fact that it was selective and still partly fee-paying meant that numbers of pupils were limited. But, by the 1960s, with radical new developments in education, it was time to move again and on 25th April 1962 the Rector led the pupils out of Academy Road and off to the new site at Torbrex.

The Old High School (as it now became) has undergone its own changes in the intervening years, being used as a store by
the Education Department for many years. For a time, in the 1980s the Central Regional Archives found a home within its walls and I well remember, as I was researching there, a woman coming in, staring hard at the ‘top’ end of the hall and quaking slightly as, in her minds eye, she saw the headmaster on his podium telling her off for being late. The Old High School is now the Stirling Highland Hotel.

It is a strange irony, surely, that whilst the Castle Wynd site served for at least 300 years and the Academy Road site for 112 years, Torbrex is now demolished, even whilst most of the pupils who walked into it in 1962 are still alive.

We would be interested to hear from anyone who was a pupil at the Academy Road site or who made that walk, just 50 years ago. Send an e-mail to: enquire@stirling-lhs.org 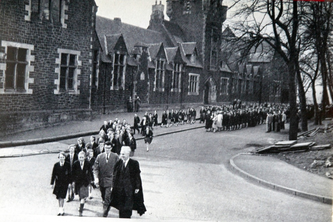 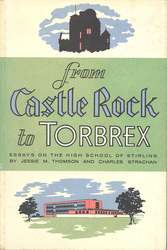 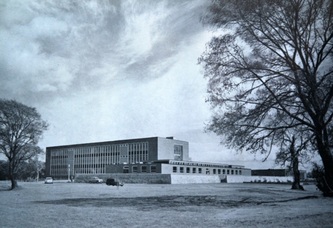 A.F. Hutchison, 1904. History of the High School of Stirling, Stirling.

R. Renwick, 1889. Extracts from the Records of the Royal Burgh of Stirling, A.D.1667-1752, Glasgow.
SLHS is a Registered Charity: No.SCO38247
Site and content copyright © SLHS All rights reserved