Archives Document of the Month for March 2013

Polmaise House was a seat of the Murray family of Touchadam and Polmaise. The first part of the house was built in 1691 and the building was extended several times over the course of the 18th century. A set of plans of the house survives at the Archives dating from between 1786 and 1793.

The south front elevation shows the house as it would have been around 1786. Floor plans dating from this time name the function of each room and provide a fascinating insight to how life was lived by the well to do at this time.

The floor plans dated 1793 show the house after the addition of the two wings, which afforded extra accommodation for the Murray family.

Along with details of the house, this set of plans also covers the various outbuildings in the policies including barns, stables, a piggery and a chicken house.

The Murray family, already wealthy landowners in the 18th century, became very wealthy in the 19th after seams of coal were exploited on their land. In the 1860s, they built themselves a new, larger mansion house that they named Polmaise Castle on their land near Cambusbarron. Old Polmaise, as it came to be known, was no longer occupied by the family and gradually fell into decay, finally being demolished around 1958. 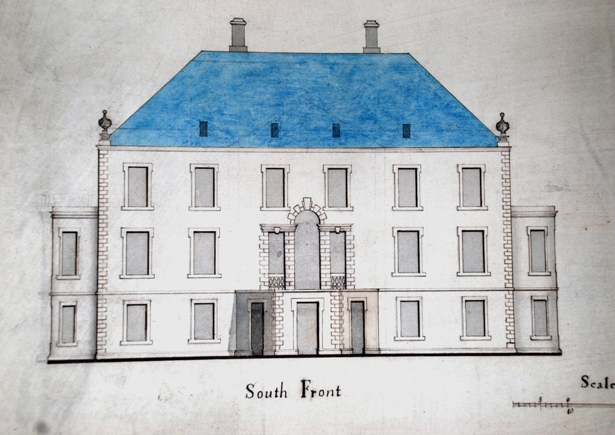