The continuation of the survey of the King's Knot took place from September 5 - 9  directed by Archaeologist Stephen Digney with equipment and a survey team provided by Glasgow University Archaeology Department aided by volunteers from this society and the Stirling Field and Archaeological Society. Additional Radar survey equipment used will show any hidden structures or features beyond a metre below the ground in an area previously identified as requiring further investigation. Attention was also focused across Dumbarton Road in the practice golf area in an attempt to identify the limit of the King's Knot. This is part of a serious effort to explain the King's Knot. Below are some photographs of the work carried out. 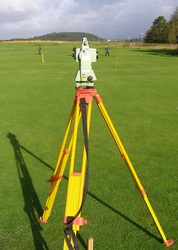 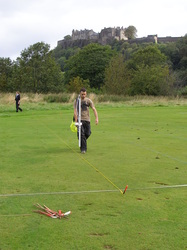 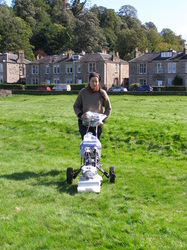 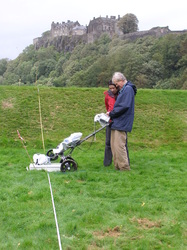 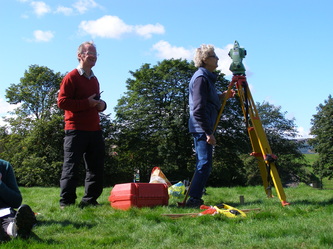 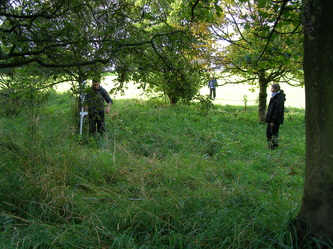 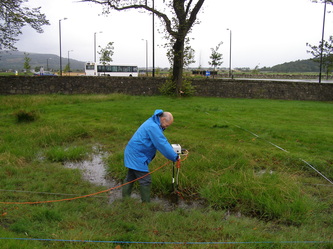 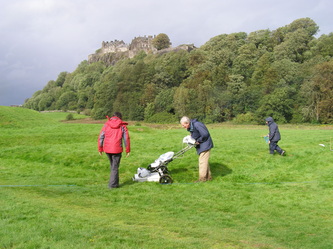 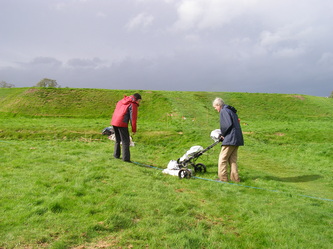 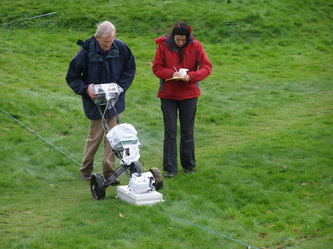