These illustrations represent my interpretation of the development of the site based on our survey. The first, based on our fragmentary evidence, shows features which may have existed in James IV garden and which may have been in existence throughout the 16th century. This includes a trapezoidal boundary ditch with bank and hedgerow, a possible earthwork monument and central pond. The second illustration shows how the garden may have looked after Charles I invested in the construction of a new garden in the late 1620's. This involved a radical new garden design, the filling in of what may be our central pond, and the erasure of the earthwork monument. The third illustration shows how the garden looked at the end of the 18th century and is based on a map from 1806. By this time the garden had been abandoned for nearly a century and was under pasture with some cultivation at the north end. Some field boundaries clip parts of the garden earthworks. The fourth illustration shows the damage caused by the construction of the toll road (Dumbarton Road) and Raploch Road c.1810, and is based on maps c.1820. The King's Knot was restored 1867 and apart from some minor changes including the planting of trees around the boundary, and the construction of the new roundabout in 2010, the King's Knot looks much the same
today as it did then. 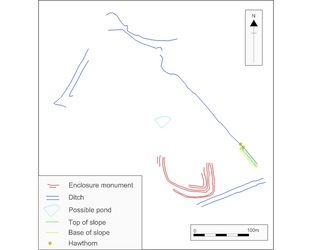 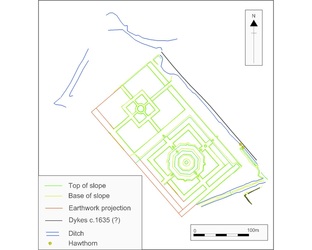 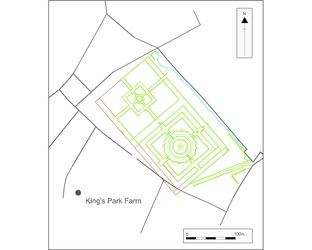 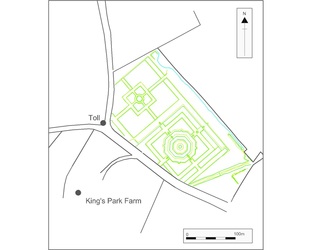