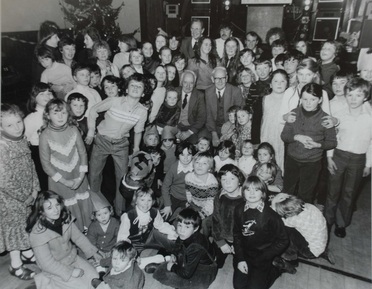 William Ross, Chief Assistant Director of Education commented ‘every year most children have a Christmas party at school and since we take school to the travelling children, we have taken a party to them’. Along with Mr Ross are councillors Michael Kelly and John Pollock, chairman and vice chairman
of the Education Committee.